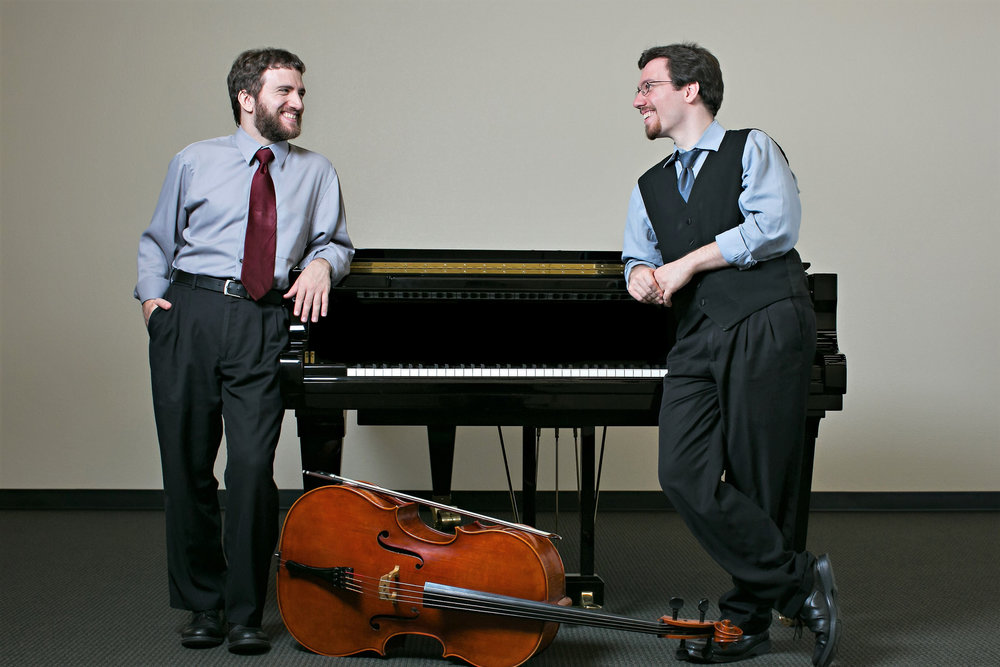 – It can be a bit disarming to see Johnny and Chris, The Rice Brothers, in concert. Performances that feature classical music are expected to have a certain formality, aren’t they? But when The Rice Brothers walk out onto the stage, you meet two delightful fellows who are casual and friendly! They seem more like they were the kids you grew up with just down the block. You might expect that they would be out on the baseball diamond manning second base and shortstop.

And then the music begins. Audiences are drawn in with the force of a magnet. They are beginning a musical journey with two consummate artists who reach deep into the hearts and souls of their listeners.

So just how did The Rice Brothers manage to develop from local child prodigies into international stars on the rise? It began with years of training from world-class teachers. On piano they were both accepted into the studio of internationally renowned pianist and Arizona State University Professor Robert Hamilton. Studies with Johannes Kropfitsch, Director of Piano at the Vienna Conservatory, contributed to their deep exploration into the nuances that allow the highest levels of musicality to blossom. On cello they received more than a decade of rigorous training from Taki Atsumi, long-time President of the American Cello Congress and Professor at Arizona State University. The Rice Brothers also received coaching from international icons such as Mstislav Rostropovich (who said to their father: “You need to understand … your sons are massively talented!”) and Eugene Friesen, Grammy Award-winning jazz cellist.

Full of energy and commitment, armed with the finest training imaginable, and winners each of gold medals in an international Chopin competition, The Rice Brothers emerged onto the world stage as inspiring artists. They were invited to perform their debut concert in New York City’s Carnegie Hall, where their performance thrilled the audience and elicited multiple standing ovations. They have been enthusiastically received by audiences of all ages and walks of life in venues throughout America and in Europe. They have offered their music in large performing arts centers and churches, as well as in house concerts and in classrooms settings.