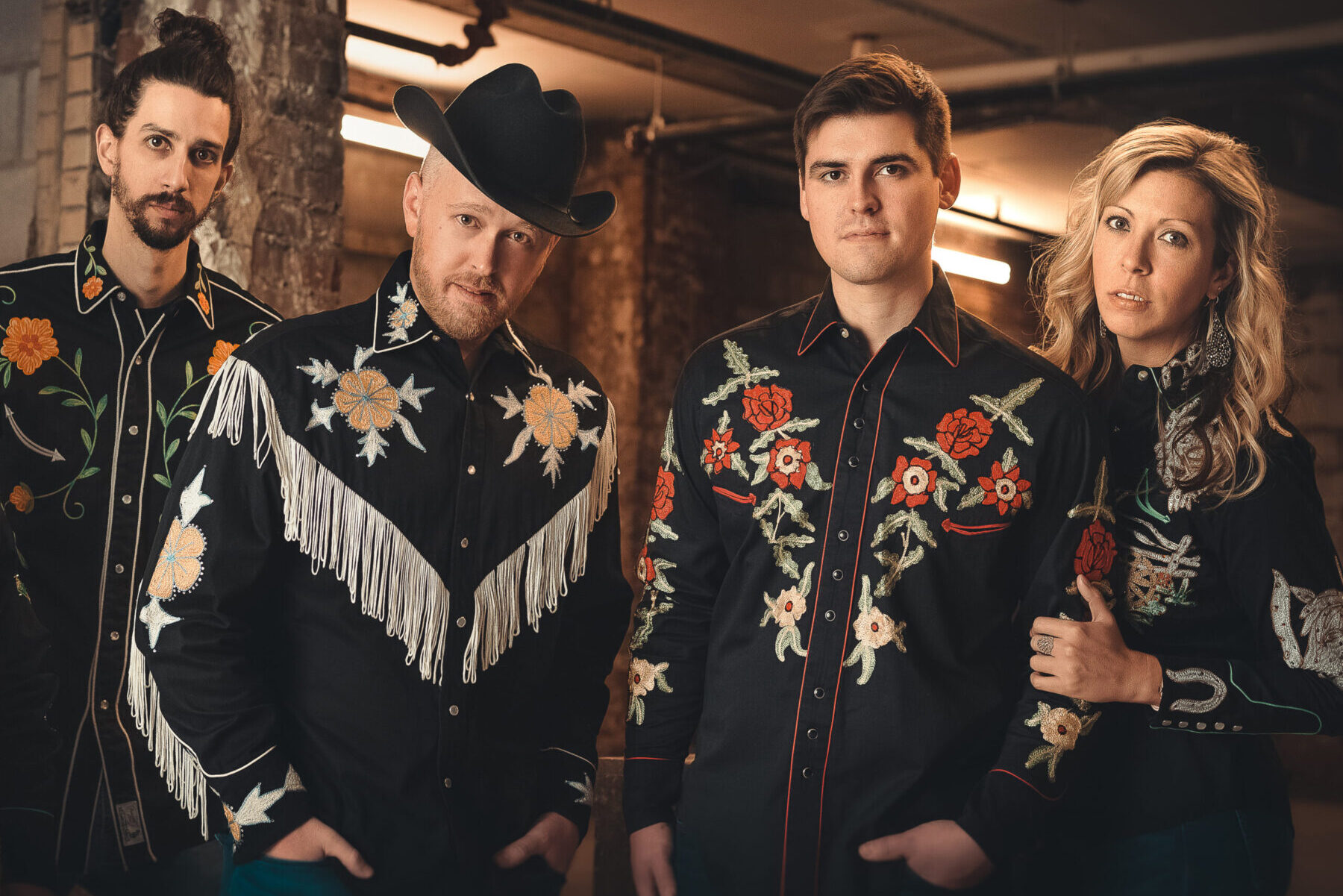 — Hailing from Akron, Ohio, The Shootouts are known for their energetic blend of honky-tonk, Americana, and traditional country. After releasing their acclaimed 2019 debut Quick Draw, the band charted Top 50 on Americana radio and in 2020, were nominated for an Ameripolitan Music Award for “Best Honky-Tonk Group.”

Produced by Grammy-nominee and BR549 founder Chuck Mead, the band’s 2021 release Bullseye has been praised by a range of outlets including Rolling Stone Country, American Songwriter, Wide Open Country, The Boot, and The Bluegrass Situation, amongst others.

The album spent over eighteen weeks on the Americana Music Association Top 30 album chart — including three weeks in the Top 10 – and has received regular airplay on Sirius XM Outlaw Country. The album also reached #1 on The Alt-Country Specialty Chart, #1 on The Roots Music Report Country Albums, #1 On The Roots Music Report Americana Albums, #42 On The Americana Music Association Most Played Albums Of 2021, and was named by the Country Mile UK as one of the Top Five Albums Of 2021.

The Shootouts are currently finishing up their third album, “Stampede,” produced by 10x Grammy-winner Ray Benson, lead singer of Asleep at The Wheel. The album will feature special guest appearances from Ray Benson & Asleep at The Wheel, Marty Stuart, Buddy Miller, Jim Lauderdale, Raul Malo (of The Mavericks) and more.